Master Peter started training in martial arts at the tender age of 5 years old after being given an old Royal Air Force kit bag owned by his Father. The bag was filled with mud and dirt and hung from a tree at the bottom of the garden. Master Peter would spend many hours practicing moves he had seen in Bruce Lee films. Master Peter would practice kicks, elbow strikes and punches which all took their toll. Master Peter would even bleed from his wounds as he conditioned his body. At the age of 7, Master Peter had begun to practice Karate, by this time he had already perfected his favourite moves on the bag in the garden jumping kicks, roundhouse kicks and spinning back kick. At the age of 12 Master Peter was training hard and hard enough to attain junior back belt. As He then started upper school in Crediton Devon, Master Peters older brother went to the same school. Master Peter recalls a lot of hard lessons learnt; His brother had fixed Master Peter up with several bareknuckle fights. He won a few and lost a lot. The thing He remembers is a fight where He was overconfident of his opponent, the opponent was small and skinny however lightning fast, He recalls being knocked to the floor very quickly. Lessons were taught and learnt, a combination of speed,agility, power and skills through training hard. Master Peter carried on having bareknuckle fights as there was a lot to learn. At the age of 14 the young martial artist added another style to his repertoire; Kung Fu was to be taken in the tough neighbourhood of St Pauls, Bristol at The Empire Club. Over the next few years Master Peter had learned three styles and continued to train, rising through the ranks again earning another black belt/sash in Hong Ku taught privately from Master Chow, a form of kung fu/kick boxing.

Other martial art styles to Master Peters name are Wing Chun under Sifu Matthew Bryant, Shotokan, Wada Ryu, Higashi Karate, RSK kickboxing, some Muay Thai, Aikido, Fighting Arts, and Ninjitsu. At the age of 21 Pete had obtained a very high level in martial arts, a natural and known to many as an expert in his field. Master Peter progressed to a level that enabled him to teach. He was asked to teach the Territorial Army close quarters unarmed & armed combat.

Master Peter gained his security license which allowed him to become a door supervisor; Master Peter ‘worked the club doors’ in Bristol & Yate for many years. This role brought great life experiences for Master Peter and was often placed in some very serious situations. Master Peter has worked Close Protection Operative work for various Page 3 models and Miss Bristol. Over the years He has looked after many famous A lister Celebs as well as High Ranking Diplomats from around the world. Working for several top agencies and also The Chinese Embassy. Master Peter was offered a full time position with the Chinese Embassy after his impeccable work He had previously done for them, however decided to pursue a different route at that point. 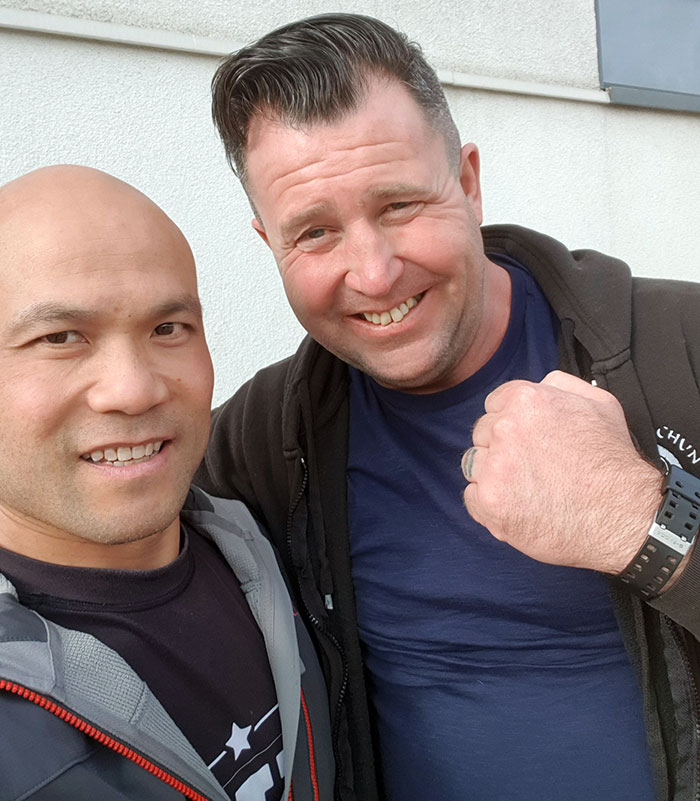 At 22 Pete began training in Wada Ryu Karate and again went up through the ranks to brown belt, allowing him to open his own martial art school in Yate and for 5 years taught a more street fighting technical Style. With many of the local hard nut brawlers attending, this allowed Peter also to learn from them helping him to perfect his street style. At 28 he started to develop his own style and grading syllabus.

Master Peter has also competed in many tournaments over the years for the Combat sport side of things. Achieving many trophies for 1st 2nd&3rd places over the years. Also fighting for a Bristol Club Master Peter became British Champion in 1996 Cheltenham Open Tournament with the Bristol Team. Master Peter retired from Competing at the age of 40years old when in his last competition he beat his 4thdanInstructor.

Master Peter has worked in the security industry for quite a lot of his career as a Close Protection Operative, He spent a lot of his time teaching Bodyguarding and Policing, also specifically on Anti hostage, close quarter combat, armed and unarmed. Master Peter has done 5 successful overseas tours in the private sector in extreme hostile environments. So, He has been there and done that as they say, and teaches from real life threatening situations. Not only talking the talk He has walked the walk. 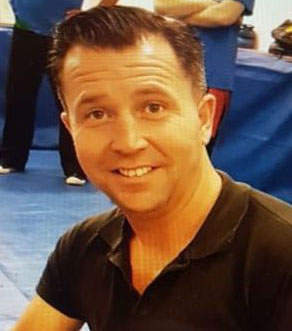 Master Peter passion, determination and experience have led him to believe that Wing Chun is one of the best martial arts in the world. Master Peter trains as much as possible during weekly classes and constantly practices as home. Master Peter also trains regularly with his Sifu, Grandmaster Samuel Kwok to remain sharp & focused and to further develop his skill and knowledge base. This has helped Master Peter quickly work his way up the ranks. Master Peter has trained for many many years under Grandmaster Kwok and has had the privilege of travelling all across the globe with him, promoting and demonstrating the great art of Ip man Wing Chun to the masses. Grandmaster Kwok is the top representative for the Ip Man Family in the world and is the only one man in the world to be made a Master under both of GGM Ip Mans Sons Ip Chun &IpChing, Master Peter is Privileged to be one of Grandmaster Kwoks Most Senior students in the world today and is also on the board as a senior Board member of The Samuel Kwok Wing Chun Martial Art association.Master Peterand his dedicated band of Highly trained instructors teach Ip Man Wing Chun weekly at Their Kwoon which is based just on the outskirts of Milton Keynes. Full address can be found under location. Master Peter still serves as a regular soldier in the British Army and still teaches Military Service Personnel.

Master Peter has worked with Military Service personnel whose roles were in Uk, USA and Israeli Special Forces, teaching them armed and unarmed close quarter combat for hostile environments.

Master Peter has qualified and has been awarded: 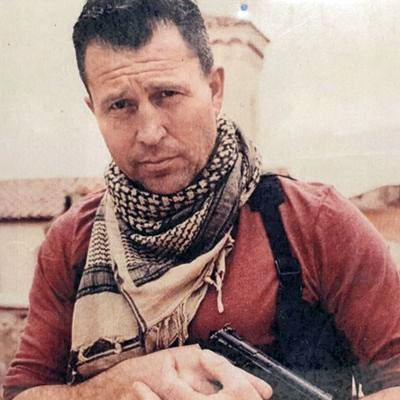 Favourite quote “ I have a special set of skills”.